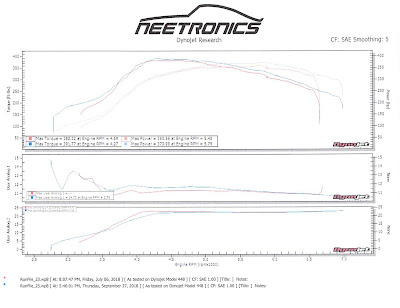 Working with our friend at Turbo Parts Canada, we have the first modded FP Blue on a single AVCS WRX. He started with porting the exhaust inlet and using a lighter exhaust turbine wheel, dropping the weight from 263 grams to 187 grams, to increase spool. That is 28% weight savings! Then he moved on to clip the exhaust wheel, which helps with top end power. A clipped turbine wheel typically causes loss of spool and better top end power. With this combination of clipped and lightened wheel, we only lost 200 rpm of spool.

With this mod we have an increase of 9WTQ and 13WHP. The gains are throughout the whole curve, but more so from 4700rpm to redline, without the need to add additional boost up top! 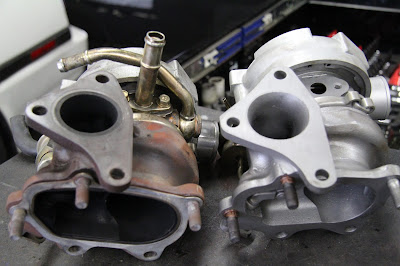 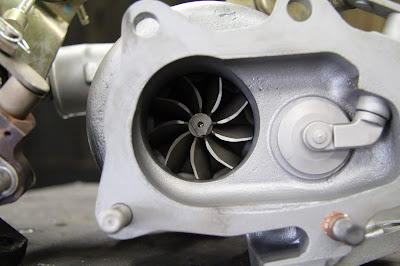 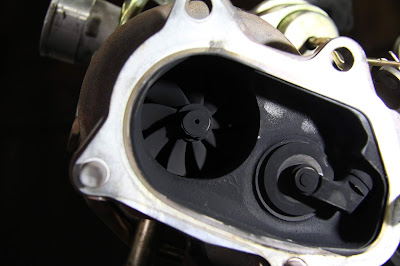 Posted by Neetronics Automotive LTD. at 11:46 No comments:

This is a stock VF48 that has been rebuilt and upgraded by Turbo Parts Canada with a 20G billet wheel, clipped exhaust wheel, ported exhaust inlet, and a custom cnc wastegate flapper. The tester car that we have used is a 2016 USDM STI running a Cobb Access Port V3 custom tuned by Neetronics. 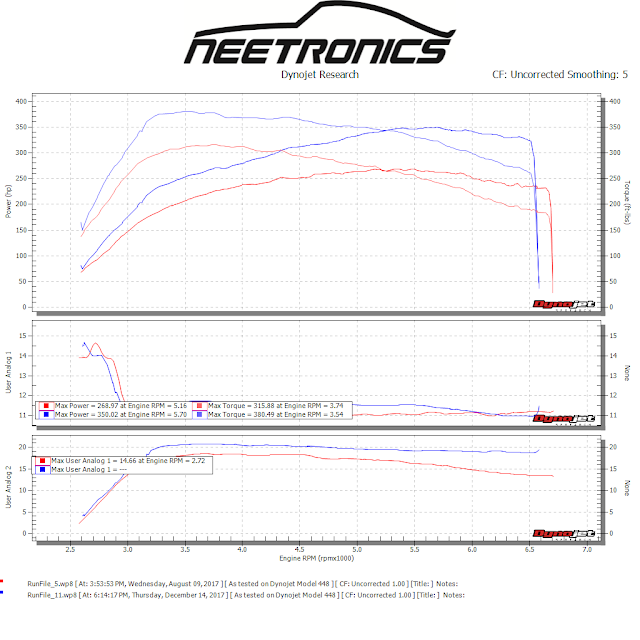 The red graph is stock VF48 stage 2 and blue graph is the new VF20G both custom tuned by us. The only thing added is ETS TMIC, VF20G,  and a TurboSmart IWG75 with a 15 psi spring. Both these runs are on 94 octane. As you can see it spools is almost the same but with huge gains everywhere

Here are a few comparison pictures of the VF20G vs VF48 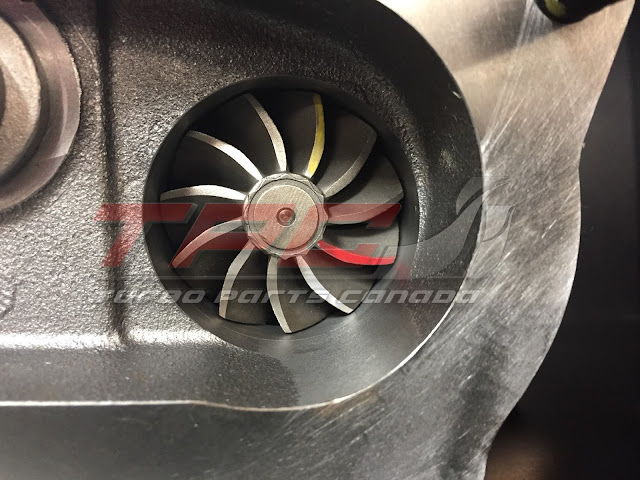 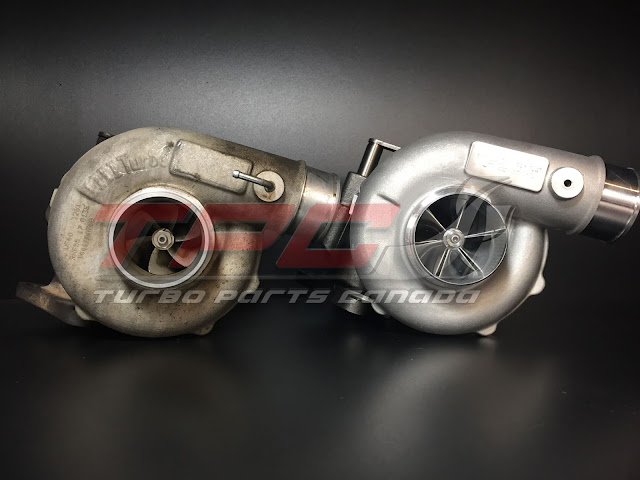 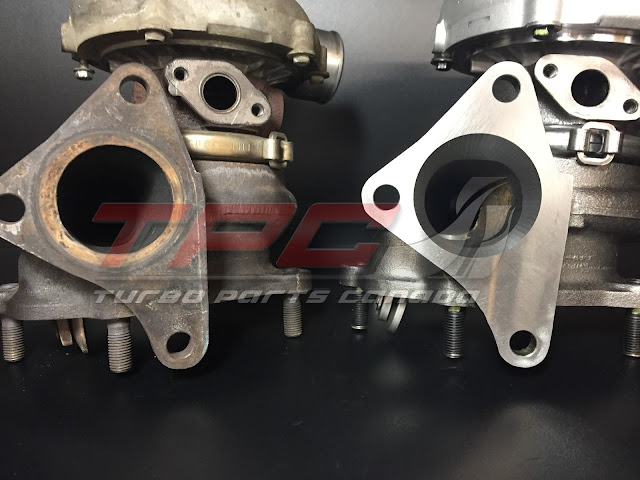 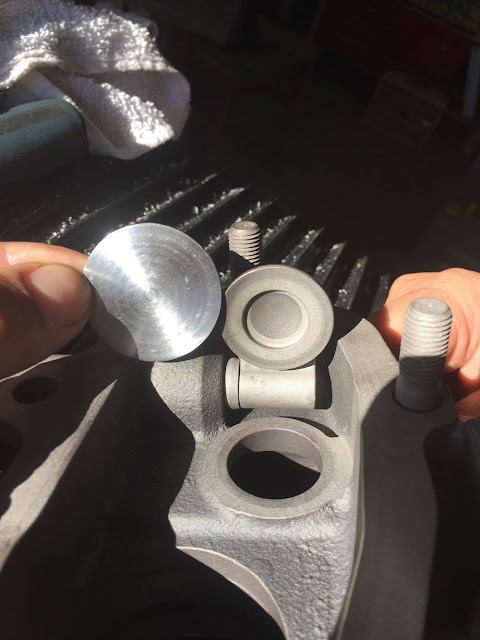 The next thing we have to try is switching it over to a front mount intercooler to keep the IAT down under high RPM. To make even more horse power!!!

Want a VF20G of your own? Check it out at Turbo Parts Canada
https://www.turbopartscanada.ca/collections/subaru-turbo-rebuilds-and-upgrades/products/subaru-vf20g-upgraded-turbocharger
Posted by Neetronics Automotive LTD. at 14:00 1 comment:

It was once again time for PRI.  I love the fact that when we go down to PRI we are talking to the engineers and owners of the company that are there are willing to answer every question that we have regarding there products and take feedback from the guys in the industry to help further there products along.

One of the big things this year was titanium. We were at the MetTec booth discussing with them about this slew cheap China bolts that we have been seeing on the market. We have ran into them a few times with heads snapping off at 22 ft.lbs on a M8 bolt!!! They told us the cause of this is cheap titanium and the process of treating them for color like burnt titanium will weaken the bolt causing premature failure.

We are working with there sales team to bring bolt kits for your import and domestic needs. 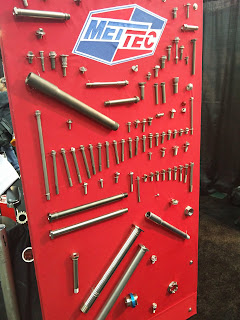 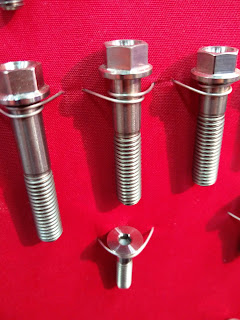 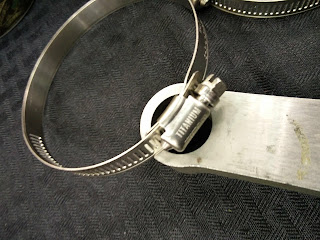 Posted by Neetronics Automotive LTD. at 10:58 No comments:

We are proud to announce the release of the Neetronics FPR retro fit kit. These kits are design to remedy the 2300 to 2800 RPM shudder that affects the 08 and up STI. This kit is meant for direct install with little to no modification. All fittings are OEM or better. This kit uses a genuine Subaru OEM STI fuel pressure regulator.  All lines are high pressure fuel safe lines also rated for E85 with burst pressures of 900PSI!!

After hour of test and datalogging we have also also relocated the vacuum source location from cylinder 4 to under the manifold where the stock diverter valve gets to source from. To make sure your FPR reference is not affected by leaking aftermarket diverter or blow off valves we supply zinc plated metal reducers to adapted the supplied vacuum lines the the rightful ports so you are not sharing vacuum reference ports and losing fuel pressure under heavy load. 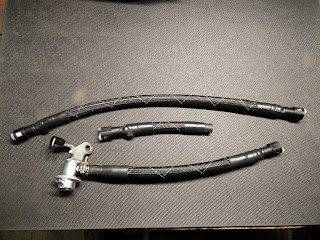 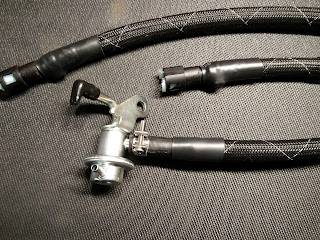 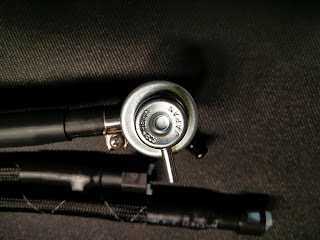 Posted by Neetronics Automotive LTD. at 09:39 No comments: 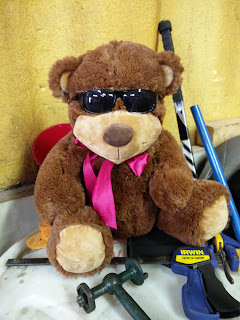 Ok Subaru owners.This is the first time that I have ever done something like this. After all these years of tuning and working on Subaru's, I can't understand why it is so common for guys to come in with low oil. Our recommendation has always been to check your oil at least once a week, or every time you get gas (which in a Subaru is pretty much once a week). Is it really that hard? As some of you might have noticed, our newest customer service approach has been taking pictures of owners that arrive with low oil. LOBS (Low Oil Bear of Shame) has also been introduced to our check your oil initiative as the Neetronics Ambassador. The goal is to raise awareness of this issues in the performance vehicle community.

At the arrival of the first snow fall we usually see a lot of cars being towed in with bearing issues. They run about 1/2 to 1 liter low on oil, do a few donuts (which sloshes all the oil into the cylinder heads away from the oil pickup), and bang the motor starts knocking. The whole situation could have easily been prevented if they checked their oil (money which could have been spent on upgrades or maintenance now has to be allocated to a "budget" rebuild). Most customers seem dumb founded when I tell them their car is low on oil and that "loud knocking noise" is catastrophic bearing damage. It doesn't matter if you own a Subaru, BMW, or Nissan GTR, all turbo cars burn oil if you drive them hard, heck even high compression N/A Honda motors burn oil. We had a customer come in from a dealership with a $100,000 BMW M6 low on oil, anything you drive hard consumes oil - the only difference is they warn you well before the level gets too low and damage the motor. Even with all the development and engineering money spent on high performance cars these days, they still need oil to survive and you need to check it's in there.

On the flip side, I have customers that have owed their bugeye WRX with the original motor with performance mods and over 300,000 kms still running strong. What's the secret? Regular maintenance!! Check your oil once a week, and running the proper oil. The Oil Market these days is full of garbage Marketing techniques and gimmicks, we have been though many different brands in our Subaru's over the years, we've found that Motul and Redline are good choices. We sent our oil in for analysis several times along with most of the other oils subaru owners choose to run, we found the biggest no no oils to go in a Subaru are Mobil 1, Royal Purple, and Rotella T6. Don't even get me started on Rotella T6. Most of you may not know that the "Rotella T6" bandwagon started back in 2008/2009 when Subaru's started having issues with ringland failures and consuming oil. Rotella T6 is extremely thick which helped it stick to the cylinder walls over the thinner oils. The high zinc and phosphorous levels in the oil makes rings and bearings unhappy and creates sticky sludge under extreme temperatures. We've pulled numerous motors at the shop with guys running T6 and it is disgusting with all the sludge build up. Several times we noticed rings sticking inside the ringlands on the pistons! (not the best idea of a perfect seal)

But enough of that, this whole rant is about our frustration with customers coming in with low oil. This is how we like to check engine oil at the shop (take notes), run the car for a minimum of 30 seconds, shut it off and check the level right a way. My personal thought on this method to check right after running is to make sure the oil is at the right level while it is running. If you leave for any length of time, the level will come up as the oil is running back into the pan from the heads giving you a false reading, thus while running less oil is available inside the oil pan which can lead to oil starvation during spirited driving. Stay tuned for the next edition of our blog for more 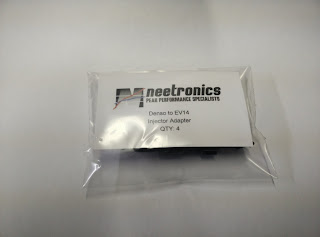 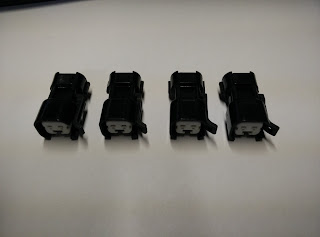 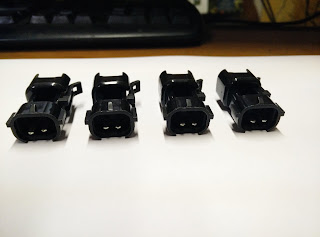 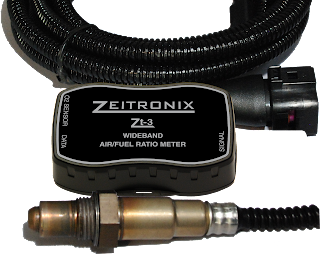 Posted by Neetronics Automotive LTD. at 21:20 No comments: